The winners of this year’s Toni Hagen Foundation Documentary Grant are:

The Toni Hagen Foundation was set up in honor of the Swiss geologist and development philosopher Toni Hagen (1917-2003). Over the course of the 1950s and 60s, first as a Swiss development official and later as a United Nations expert, Toni Hagen trekked through a largely uncharted Nepal and wrote about its history, people, geography and economy of what till then was still a largely “forbidden” kingdom. He introduced Nepal to the world and to Nepalis.

Prof. Toni Hagen always sought to enhance Nepalis’ understanding of the physical, ethnographic, economic realities and demographic diversity of their country so Nepalis would address existing opportunities and challenges and take advantage of Nepal’s development potential.

The overarching goal of the Foundation, keeping in view the career and ethos of Toni Hagen, is to promote an understanding of Himalayan geography among the people of the Himalaya, particularly the youth. Geography, in this sense, is understood as a broad discipline including physical geography, economy, ethnography, culture and related areas. The Himalayas, in the definition of the Foundation, includes both the adjacent Terai plains to the south as well as sections of the Tibetan plateau in the North.

The Foundation supports the publication and production of content and activities to enhance the knowledge base of the Himalayan region among young Nepalis. This grant supports the documentary film production. The first group of films produced under the Toni Hagen Documentary Grant are “Blues of Pink” by Grishma Giri, “Chitrapuri Nagar” by Rajeela Shrestha, and “Gaine” by Pradeep Dhakal who was awarded the Best Student Film in Film South Asia (FSA) 2022.

Similarly, the third batch of films were “I Wanted to be like Madhuri Dixit” by Ankit Manandhar Khadgi which was screened at kimff 2021. The two films “Bearer of Glass Beads” by Pratibha Pant and “Where Water Hyacinths” grow” by Aishwarya Baidar are yet to be screened. All grant projects are screened at kimff after their completion. 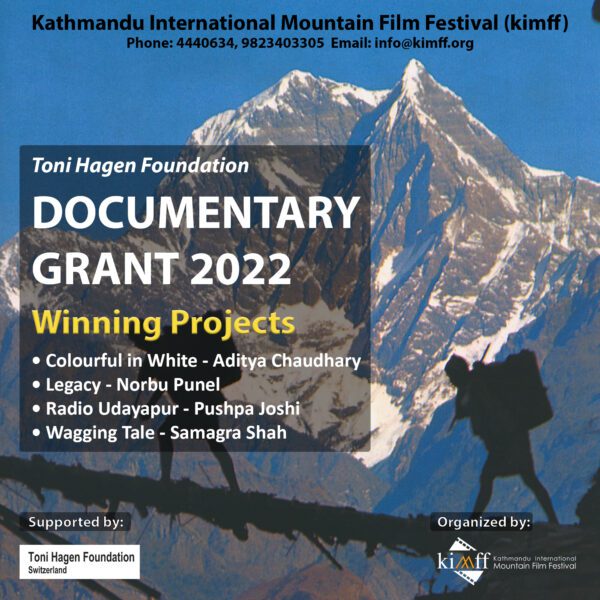 Toni Hagen Foundation is offering grants of Rs. 150,000 each for four film projects by young Nepali filmmakers. The grant will be awarded to filmmakers with an excellent concept for short, creative and thoughtful documentaries that provide an insight into Nepali
society, socio-cultural issues, peoples, places, culture, history and development – and embrace issues that are pertinent to the Nepali public.

The film should portray the social and cultural aspects of Nepali society that encompasses environment, geography, ethnography and so on.

Eligibility and Criterion for submission

The selected projects will receive mentoring and feedback sessions throughout their  production phase and also technical support if needed.

Top three films will be screened at Kimff 2022.

Note: In case of any difficulty in submission of this application due to disability or language barrier, please feel free to write to the following e-mail addresses:
info@kimff.org | prasna@kimff.org

A journey of a journalist who embraces his femininity and relives his childhood dream of becoming like Madhuri Dixit, a famous actress from Bollywood. 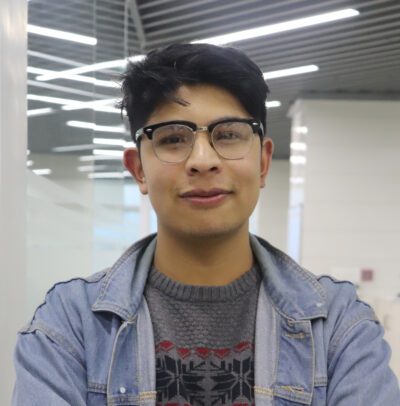 Ankit Khadgi is writer and journalist based in Kathmandu.

Dilmaya, a young girl from the mountains of Nepal, wants to lift her family out of poverty. She hears news that Britain, which has traditionally recruited young Nepali men in its army for more than 200 years, will recruit Nepali young women in its Gurkha regiments. Dilmaya sees it as a once in a lifetime career opportunity, a chance to earn a lucrative salary in comparison to the average Nepali income. She travels to a nearby city, a day’s bus ride away from her village and joins a training center to prepare for the rigorous selection process. The training is tough and the girls work as hard as the boys. Dilmaya and a dozen other hopeful young girls devote themselves to training. At the same time, governments of Nepal and Britain negotiate for several years but do not reach an agreement about the recruitment of Nepali girls into the British Army. Dilmaya, who will soon cross the age limit for recruitment, fears that she might be ineligible to join Nepal’s national forces as well. 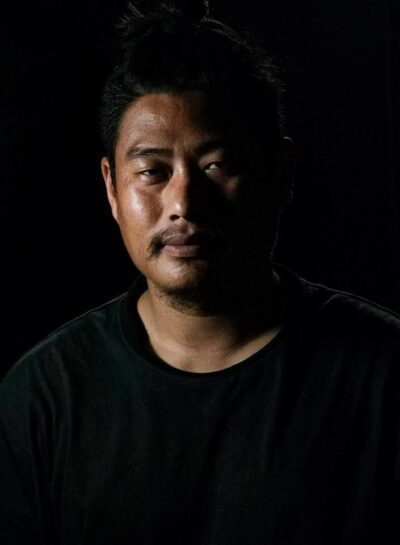 Bishal Magar is a trainer in a pre-Gurkha training center. In 2016 he had the opportunity to learn the fundamentals of cinema through a short filmmaking course in Kathmandu. The following year, he earned a diploma Dov Simons’s Cinema Director and Film production program. Magar has written and directed a few short films, and Lahureni is his first documentary short

Saparu (A Celebration of Death)

The Newari community of Bhaktapur holds the annual Gai Jatra procession. That those who have lost a family member participate in. Saparu reflects on how the grief faced by a family is challenged by the celebratory nature of this practice. 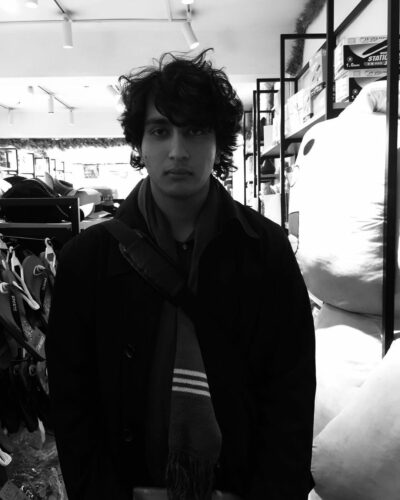 Aditya Khadka, 20, is a screenwriter and director based in Nepal. He has produced development communication audio-visual content and worked as a documentary screenwriter-director in Nepal, Myanmar, and Kenya. He made his first short film at the age of 13, making him the youngest Nepali documentary filmmaker. Khadka has won several awards, including third prize at KIMFF’s Seismic Shift Film Competition and second prize for the Best Youth-Produced Film at the Chicago International Children’s Film Festival when he was 16. He is currently enrolled at the Toronto Film School.

Gyan Bahadur Acharya has been cremating the dead in the Bhasmeshwor Ghat of Pashupatinath Temple for three decades. Now in his seventies, he is the oldest cremator. He reflects on it all – wealth, religion, family, strength, the living and the dead. This documentary portrait of Gyan Bahadur attempts to unravel the knots in the time and experiences of the many years the cremator has spent by the blazing pyres.
Set against the backdrop of charred wood and smoke, the film is a triggering experience, a reflection of what death looks and smells like in the Ghats. Gyan Bahadur is a man of conflicting nature, all of which has made him come to accept death as it is. He reminds us of an inevitable fact of life – everyone ultimately dies. 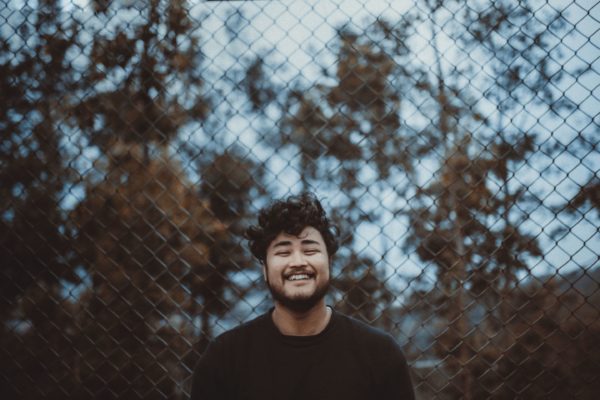 Nishon Shakya is a 22 year-old filmmaker, photographer and freelance content creator based in Kathmandu. He is currently pursuing his final year of undergraduate studies in Media Studies at Kathmandu University School of Arts, Nishon is actively involved in the visual arts, working closely with like-minded individuals in creating documentaries and short films. He enjoys exploring and discovering hidden stories around him, and meeting people, learning about them and their journeys in life.

The Transgender communities of the Tarai are diverse and have a distinct historical and social context. Their culture and practices, their identity and their work all connect them to the rest of the society. Shot in Janakpur, this documentary provides showcases the spectrum of transgender lives: from the broken marriage to the understanding relationship, from the desire to raise a child to not being able to watch the child grow up, from giving blessings to thinking that one’s own life is a curse. In this society where people judge all our actions based on our gender, how are the actions of transgender people judged? 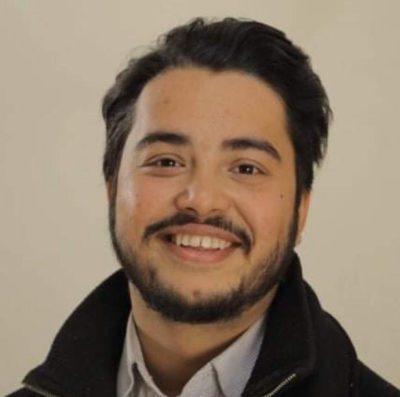 Grishma Giri recently graduated with a Bachelor’s degree in Arts and Social Work from Tribhuvan University. Since his hometown is Birgunj, he has always been interested in portraying issues related to the Madhes. Grishma is a recipient of the Toni Hagen Documentary Youth Grant 2019.

A historical route trod for centuries by legions of travelers was suddenly abandoned after the construction of the Tribhuvan Highway. But the ancient village that was its hub, Chitrapuri Nagar, remains of great socio-cultural importance.

Rajeela Shrestha is a freelance filmmaker and writer based in Kathmandu. Since 2014, she has explored the complexities of the world through short fiction films and documentaries that have been screened and won awards at national and international film festivals. Rajeela is a graduate of Oscar International College. Rajeela is a recipient of the Toni Hagen Documentary Youth Grant 2019. 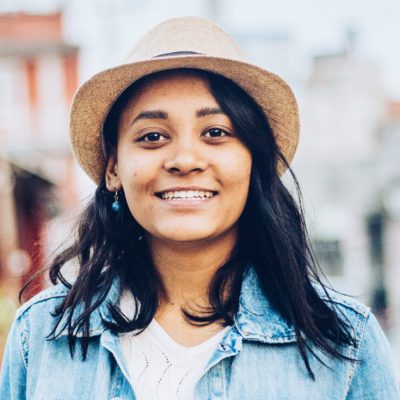 Every day in the hills of Bhojpur, parshuram, an old Gandharva, works in his field. He had been a gainey, fated by his caste to become a travelling musician, wandering through villages and towns with his sarangi, spreading information through song. A journalist of the old school. Residing in the same village are other Gandharvas, who believe their role in the society has changed with the dawn of new media. Over time, many Gandharvas have migrated and found new ways to sustain themselves. Others, however, remain loyal to their caste, their occupation, and the music of their sarangi. 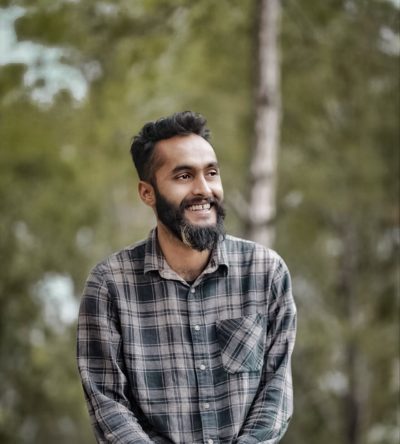 Director Pradeep Dhakal is a 22-year-old student of Media Studies at the Kathmandu University School of Arts. He has previously worked on documentary, short fiction, and commercial projects. Pradeep is a recipient of the Toni Hagen Documentary Youth Grant 2019.