Once KIMFF has closed its doors in Kathmandu, the story continues to unfold with Travelling KIMFF, which consists of a selection of films screened in urban and rural areas across Nepal. This element of KIMFF has visited more than 50 of Nepal’s 76 districts, providing audiences with an opportunity to be included in the KIMFF spirit through the screening of stories and films from around the globe that resonate with local communities. Travelling KIMFF highlights positive social change and cultivates an appreciation for the audio-visual medium as an all-inclusive activity, especially among students, the youth and women. 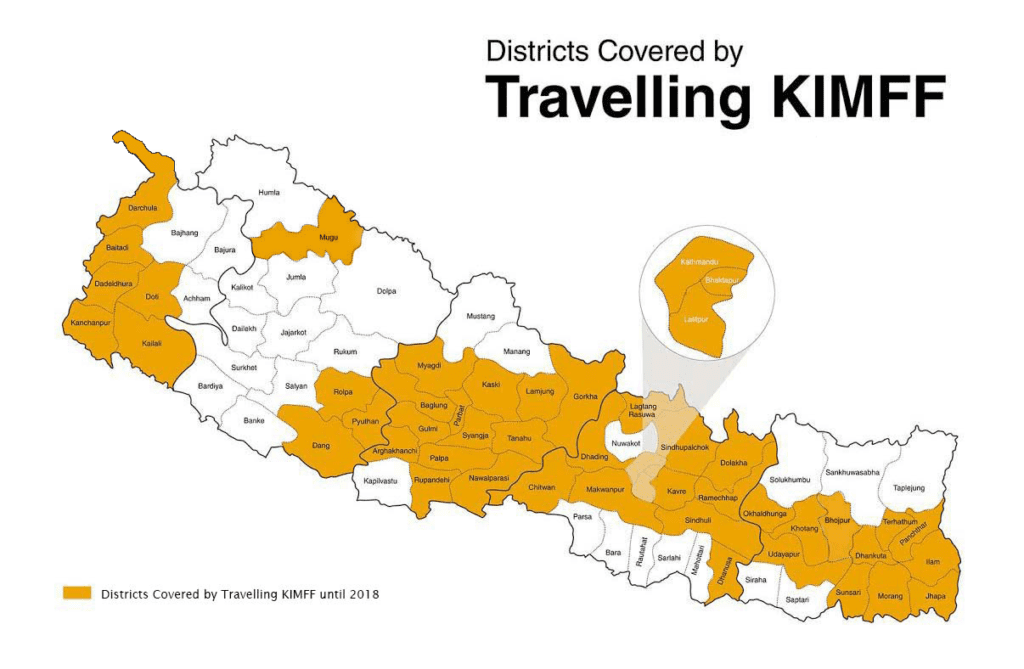 Travelling KIMFF has been to Hong Kong, Macau, Korea, Europe and North America. KIMFF also provides the ‘Best of KIMFF’ films to other mountain film festivals and has succeeded in adopting an ambassadorial role for Nepal.